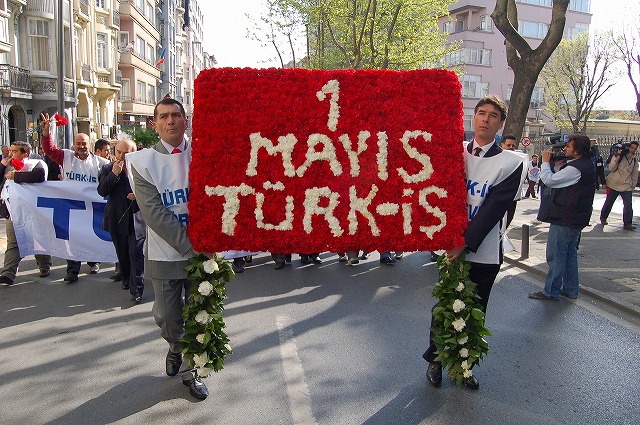 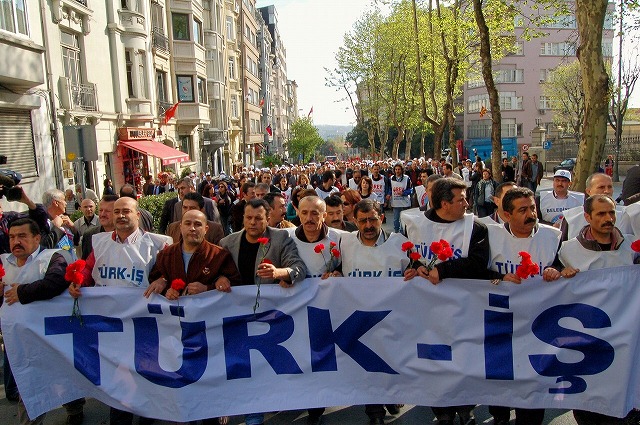 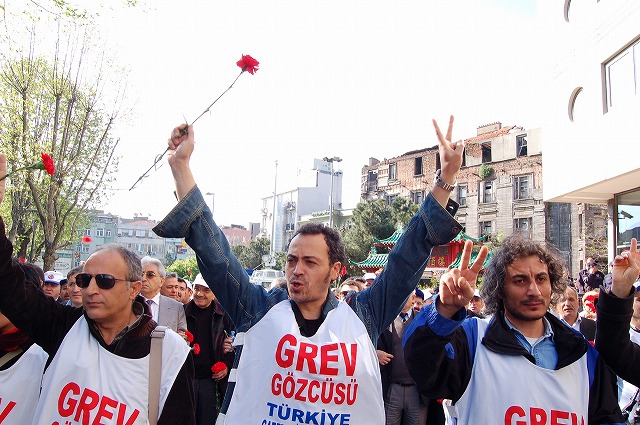 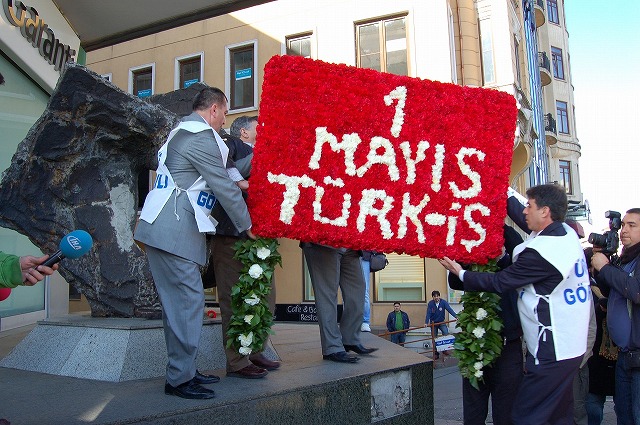 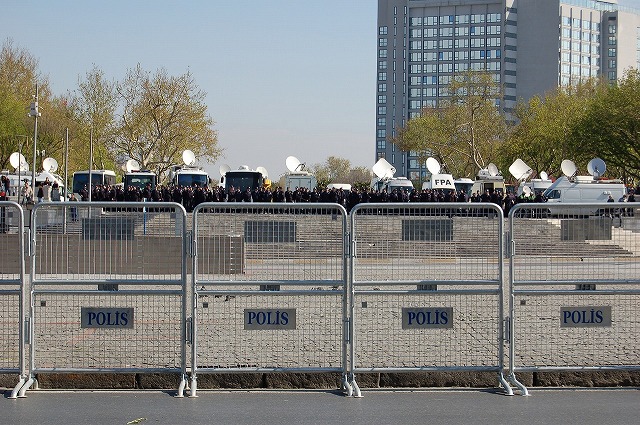 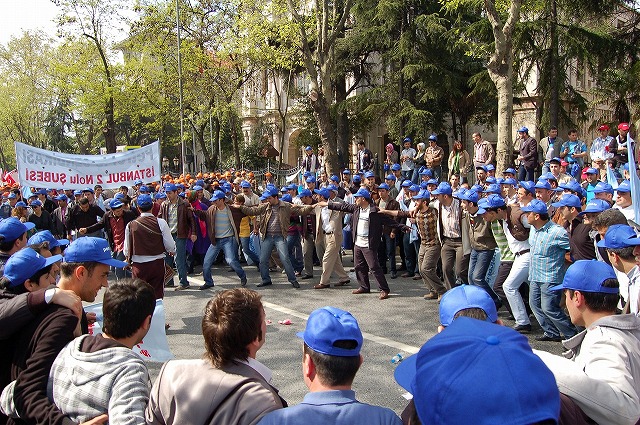 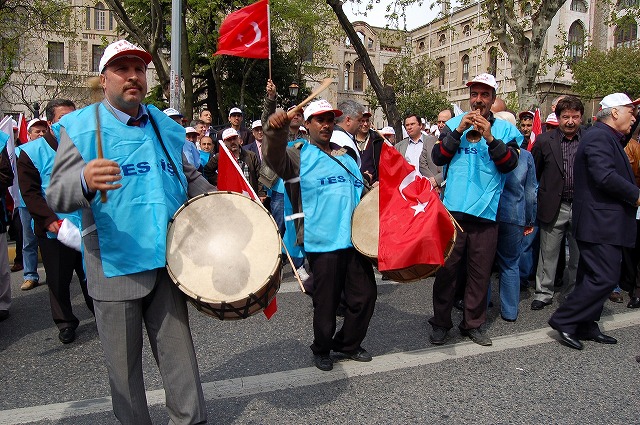 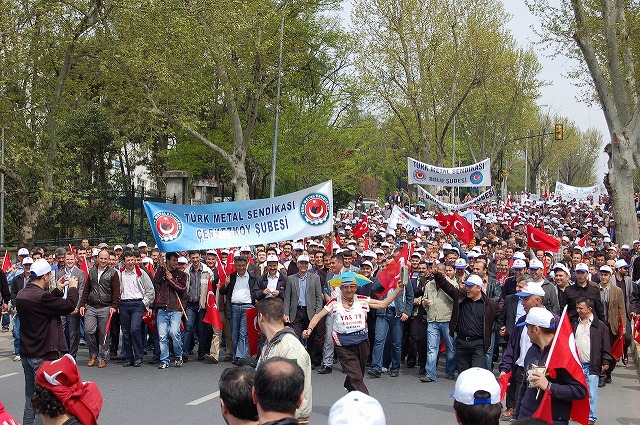 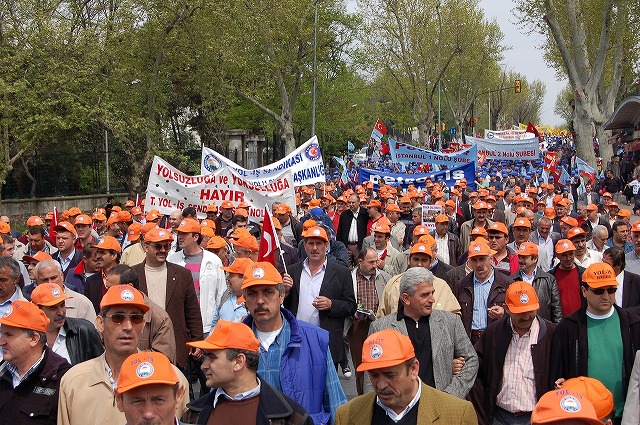 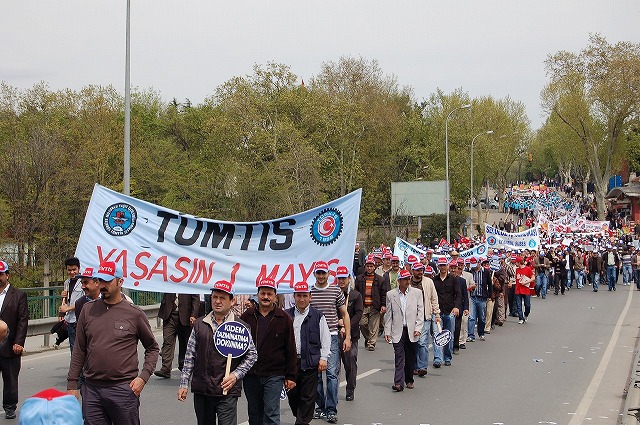 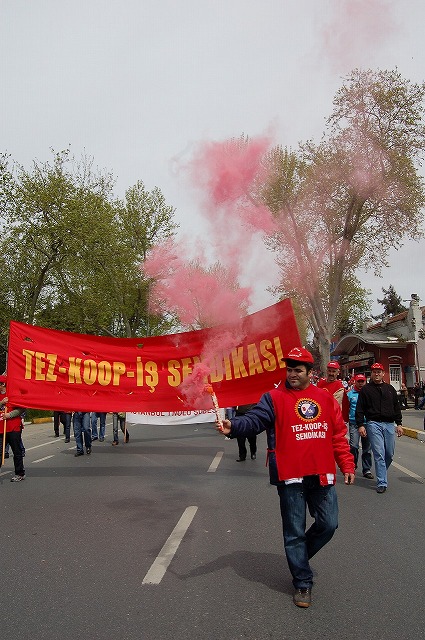 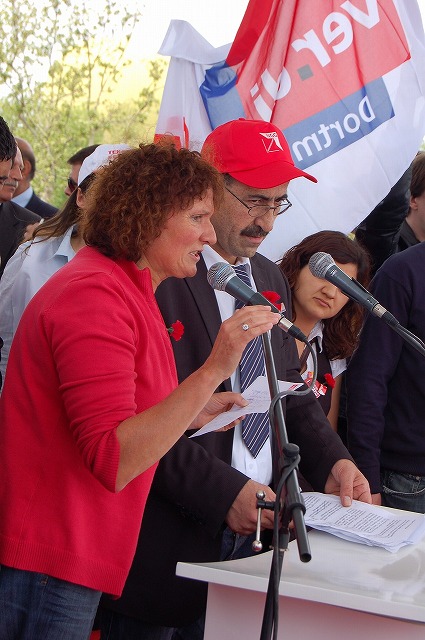 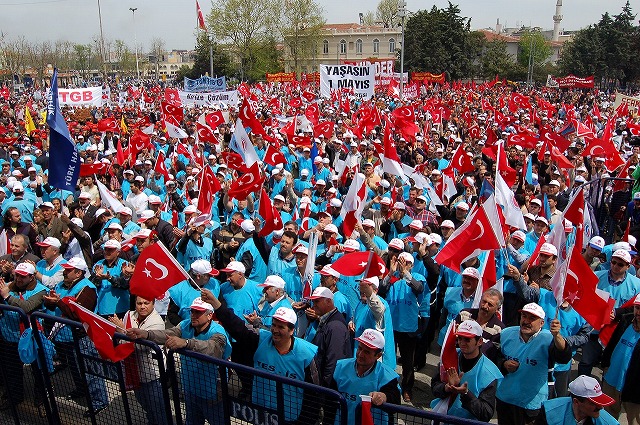 May Day and Violence

Some media reports are linking the May Day's events worldwide with violence. For example, The Times says "Riot police working overtime as unions and anarchists link arms for May Day" and suggests that the current global financial crisis could spark more social unrest. I think it lacks in both accuracy and balance. Let me explain.

One example it includes is the May Day celebration in Istanbul. "(Police) officers used teargas and water cannon to prevent protesters entering Taksim Square". Whilst it correctly separates the trade union organisations and groups of protesters that battled with the police, it does not say why the demonstrators insisted to enter Taksim Square.

Today, all organisations in Turkey except trade unions are allowed to use the Square for their events. As my Turkish union colleague said on Facebook, "the venue has been a source of conflict, as workers have not been allowed to celebrate 1 May in Taksim Square since 1977, when 34 people died after unidentified perpetrators opened fire on the public".

Last year was particularly nasty as the police did not even allow unionists to leave their offices. Windows on the 7th floor were broken by water cannon for example. Thousands were taken into custody during the day.

That is why the Turkish unions have been campaigning to make May Day a national holiday again and to celebrate their event at the Square. The ITF set-up its online petition page in early April to support this initiative. The Turkish government gave-in to the unions' demand and announced in mid-April to legislate May Day as a holiday. However, they did not give permission to any union confederation to hold a mass rally at Taksim. In the end, they compromised to allow a "reasonable size" of people to enter the Square and commemorate those who were killed in 1977.

I was with the TURK-IS group and all were allowed in. This took place around 8:20 am. Then the KESK/DISK group came. Police did not allow all their participants to enter the Square, I later heard. As The Times reported, a group of protesters battled with the police.

The Hurriyet Daily News described this as: "In a historic march, laborers walk into the square on May 1 for the first time in 31 years".

Later, TURK-IS moved to Kadikoy and organised a march and a mass rally which I attended. Many international visitors joined this rally, too.

So, this is the background to the incident in Istanbul that The Times referred to. Althought economic crisis is high on the unions' agenda in Turkey and everywhere, it was not the main reason for those fights on the streets. Nor was that incident the main focus of the day and what the Turkish colleagues have achieved this year.

Worse still, the paper fails to report anything from the Iranian capital of Tehran where the May Day plan by independent workers' organisations including the ITF-affiliated Syndicate Vahed (bus workers union) was crushed by the police and intelligence forces. One very reliable source of information says: About 2,000 have gathered in the Laleh Park this afternoon for the May Day rally. Hundreds of security and police were hiding in the park. All street around the park were full of mini-buses and vans. Police had closed all entrance to the Park. Before the rally started, plain cloths intelligence officers and police wildly attacked the participants and severely beaten and arrested many people including some passers-by. The police broke cameras and cell phones of anyone who tried to document the event. More than 70 people are under custody including Alireza Saghafy (the Center for Workers' Rights in Iran), Mohsen Saghafy, Maryam Mohseni, Behroz Khabaz, Jafar Azimzadeh and Shapour Ehsani.

Now, if the state turns violent against the workers, there is no space in the newspapers to report it? Although May Day today is celebrated peacefully in many countries, let us not forget that there are some countries where the workers are not allowed to express themselves freely and their basic workers' rights are denied, like Iran. Let us also recall that International May Day originates with the Haymarket Martyrs in Chicago. The founding congress of Second International resolved to organise international demonstrations on the 1890 anniversary of this Chicago massacre.

That spirit of solidarity and its practice must surely be carried on.